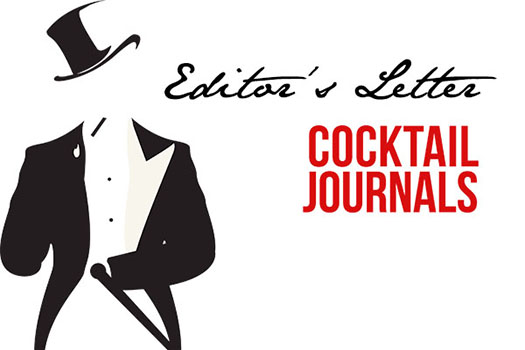 Only five more months until the 4th annual San Antonio Cocktail Conference, and already things are starting to heat up. Named one of the Best Cocktail Festivals in America by Fodor’s Travel, the SACC is already living up to the likes of its predecessors, Manhattan Cocktail Classic and New Orleans’ Tales of the Cocktail… bringing together top bartenders and cocktail aficionados for educational seminars, guided tastings and cocktail parties during its four day run. And, as always, Houston Street Charities and the Conference will once again donate 100 percent of all money raised during the Conference to benefit children.

On the national and international fronts, one flagship brand is going Hollywood. The fabled Johnnie Walker Blue co-stars with Jude Law and Giancarlo Giannini in a short film directed by British director Jake Scott. Set in the British Virgin Islands, Caribbean and London respectively, the film revolves around a wager… ‘The Gentleman’s Wager’, and sees Law in the role of a man who, despite having it all, challenges himself to strive for something he wants that money can’t buy. For those so inclined, “The Gentleman’s Wager” can be viewed by following this link – http://youtu.be/kQ7kWpTrtJw

Also in this edition of Cocktail Journals, we visit some historic San Antonio landmarks that have been given new life, in an old fashioned way. The Brooklynite, Jerat Pena’s place over at 516 Brooklyn Avenue, has brought back the glorious days of yesteryear with pre-prohibition cocktails crafted with high-end spirits. In another landmark comeback, The Esquire Tavern, which opened its doors in 2001, still boasts the oldest bar on the Riverwalk… and, the longest bar in Texas (100 feet long). So, check out Olivier J. Bourgoin’s story on the remake of this San Antonio classic.

When fruit bats flew out of the family’s distillery in 1862 Cuba, Doña Amalia Bacardí insisted that the symbol of the bat be used as the iconic logo for Bacardi… something that would be easily recognizable to the people of Cuba, many of whom could neither read nor write. That’s how legends are born. Of course, we had to get them to share the recipe to one of their timeless classic cocktails, the Bacardi Mojito.

Finally, Cocktail Journals brings you on a far-flung adventure in the first of our travel related articles entitled “The Mysterious Island of Santorini”. Catch the dazzling sunsets overlooking the steeply- eroded cliffs, sail across the luminous Aegean Sea, explore the white and red sand beaches, or take a trip to an upscale winery in Kristy Ott’s story of Santorini, Greece. Where to stay, what to eat and drink and of course, the legends behind the legend that inspired the Jules Verne novels “Twenty Thousand Leagues Under the Sea” and “The Mysterious Island”.
Until the next edition… Cheers!